Today’s mid-season fantasy baseball analysis looks at hitters projected to hit well that are failing miserably at meeting expectations. Our focus group is five fantasy baseball favorites, who were all drafted relatively early in most drafts, but who are most assuredly disappointing all that own them on their fantasy baseball team.

We’re including all hitters who are 25 points or more under their ZIPS projected batting average. The data table also provide on pace numbers for basic 5X5 fantasy baseball league formats. As we noted in a previous article that looked at hitters beating ZIPS projections, it’s easy to see that their production, whether up or down, is directly related to an increase or decrease in playing time. This is evident in counting stats like homeruns, runs, RBI’s and stolen bases.

However, as in our previous article, we’re looking at batting averages, comparing them to core skill metrics to see if their deficient performance is due to factors that are more “bad luck” related or if there is a legitimate reason for the decline.

Ultimately, we’re looking to spot players whose skill are intact even though their numbers aren’t. This usually identifies a strong likelihood that improvement is around the corner,  signifying potential buy low opportunities as we enter the second half of the fantasy baseball season.

Hitting a massive 73 points under his projected average (which at .243 wasn’t much to speak of in the first place), his mid-season average of .180 is just dismal. However, in his defense, I see a BABIP of just .203 and an increasing contact rate that sits at 5.6%. While not stellar, it’s better than his current average which tells me there’s room for improvement as the fantasy baseball season goes on.  When you look at his counting stats, you see that he’s not way off the mark either.

PREDICTION: Expect his average to come up near his projected numbers, but with time running out he’s still a batting average liability in the long run. Better luck next year for the power hitting Schwarber.

I’ve scoured his stats up and down. I’ve looked at splits, sprays, core skills, plate discipline, batted ball and everything else I could look up when it comes to CarGo trying to explain why he’s not only 50 points under his projected batting average, but why he’s also 82 points under his career average. Folks….. I got nothin’ except a gut feeling that he’s not 100% health-wise. Why do I say this? A few more ground balls combined with a hard-hit rate that 9% under last year and 7% under his career. Combine this with an ISO, BABIP and wOBA that are a long way from career and recent years, it begins to smell more like injury that just bad luck. Not only is his average well under, but his on-pace numbers are sitting at almost 50% while his expected plate appearances is spot on to projected (533 PA’s).

PREDICTION: Not seeing just bad luck here and I’m way more skeptical with this one.

Machado season has all the makings of a big comeback second half…. Period! All core skills are within a couple points of career and recent years. BB%, K% and contact are all there and he’s hitting the ball hard. Looks like his FB are falling into the glove a bit more and his LD rate is low, (abnormally low). Combine this with a low BABIP with no loss of power and you have all the makings of big comeback second half.

PREDICTION: If you can get him for any type of discount, jump on it! I can’t see any reason to not expect massive improvements in the second half of the season. Virtually no skill erosion here at all.

Here is a case where it seems like we have a little bit of bad luck combined with perhaps inflated expectations and some decline in skills due to increased plate aggressiveness. Odor’s never had a great eye and his contact rate has gone down three years running. This screams over-aggressive to me (which by the way, seems to be a trademark of Odor if you know what I mean). Last year’s .271 average appears to bit unsupported with a contact rate of 78% and a BB/K of only .14.

PROGNOSIS: A little Bad Luck combined with a decline in skill

All core skills are on the rise. A better contact rate supported by a BB/K rate that can be considered good. He’s traded grounders for fly balls and that’s costing him a lower BABIP which is sure to rebound over time. His line drive rate is a bit out of character as well while his hard-hit rate has jumped almost 10%. I expect his average to climb as the season wears on.

PREDICTION: The batting average is the hit on this guy. All other counting stats are expected to exceed expectations. You probably won’t find buy low opportunities, but this was a notable example of batting average bad luck. 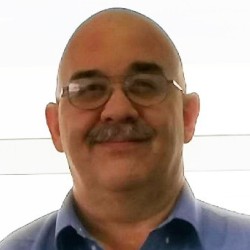